Corvette book authors Dave McLellan and Tom Benford will be appearing at the 1st Annual Atlantic City Corvette Show on Sunday May 22nd, 2005. They will both autograph copies of their recent Corvette books at one of the key Corvette events of the year.

Dave McLellan, only the second Chief Engineer in Corvette’s history, is the author of Corvette from the Inside, a landmark look at the fifty-year development history of the Corvette. Dave McLellan and Bentley Publishers released the book in 2003 to coincide with the 50th anniversary of the
Corvette. McLellan will be signing autographs at the National Corvette Restorers Society (NCRS) booth at 12PM.

Corvette From The Inside 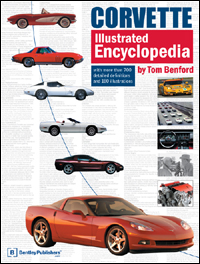